The most common myth about homeschooling is that homeschool kids are socially awkward, weird, and unsocialized! The socialization for homeschoolers has been scrutinized by every single person who doesn't have experience with homeschooling since the beginning of homeschooling.

Now, don't get me wrong, it was a legit fear of mine when we started our homeschool journey.

As parents we don't want to put our kids into a situation where they would turn out socially awkward and unable to function properly in society...right?! One of my top priorities when we started was to find opportunities around socialization for homeschoolers.

But, you have NOTHING to worry about! There are plenty of opportunities for homeschoolers to socialize and learn those interpersonal skills. Plus, now that I've been homeschooling for several years now, I realize it's not the homeschool kids who aren't properly socialized...it's actually the traditional school kids who encounter socialization issues.

First of all, every kid I've ever met is a little weird on some level...right?! I mean, what constitutes a "normal" kid anyway?!

In public school, a majority of the time my teachers were telling me "you're here to learn, not socialize". Most of my friends at school were just "school friends", we didn't socialize outside of school unless we lived in the same neighborhood. In fact, I can only name one "school friend" whom I'm still friends with today.

Not to mention, other than in school, when else in life have you ever ONLY socialized with people your own age? Homeschool kids learn to socialize with all ages and are therefore more prepared for entering the world where they will be interacting with people of all ages.

Before we started homeschooling, I had no idea there were so many socialization opportunities for homeschoolers!

My kids socialize more now than they ever did in traditional school!

Now, with homeschooling, we're running into the same families over and over again at events. When I connect with other parents their schedules are more flexible like ours. Even if we have nothing in common, we at least have homeschool in common, so there's always something to talk about. Parents of homeschoolers are hyper aware of the socialization myth so they're more eager to meet for playdates and such.

The best thing is when you find a small group of like-minded homeschoolers and create an intimate co-op. A few months after we started our homeschooling journey, I met a mom with three kids around the same age as my two. Her oldest was a couple of years older than my oldest and her youngest just a year younger than my youngest. We started hanging out weekly and our children all clicked really well. From there we met two other moms with kids close in age and we formed our own little group. Every week we meet for Field Trip Fridays. We also meet up for random playdates during the week and have even scheduled our kids in some of the same classes.

Even though the kids are all different ages, they've connected on a much deeper level than they did with their "school friends". Since they're not stuck in a strict school setting, they're able to have deeper conversations, they see each other regularly, our families socialize together even when not doing homeschool. The key is finding like-minded homeschoolers...do they have similar values to you, do they have similar schooling philosophies, etc.

Where to Find Non-Religious Homeschoolers

Start off by searching Facebook for Secular Homeschool Groups near you (Liberal Christian Homeschool Groups are popping up too...these groups are far more accepting than the Christian evangelical and Baptist groups). Don't get discouraged if you don't find one right away...you may have to create one.

Next, check out what homeschool classes/groups your local library offers...if they don't currently offer one...ask them to create one. Libraries are always looking for ways to support the community. Go to all of the homeschool library events that you can...remember, non-religious/secular homeschoolers are laying low...get to know the other parents and when you find one make sure you grab their number!

Another good resource is checking out your local Parks and Rec department for events and activities geared toward homeschoolers. Again, if they don't have any...suggest they create something. The key is to connect with as many homeschool families as possible so you find the ones that align with you.

Local businesses typically offer amazing homeschool programs during the school day at a discounted rate. (If you don't find anything in your area, reach out and ask...sometimes these classes are so full they don't need to advertise.) For example, my daughter's dance class offers a homeschool dance class for half the price during the day! I never would have known if I didn't ask the owner if they offer any homeschool classes.

Finally, don't be afraid of the Christian Homeschoolers. Yes, you'll come across a few die-hard extremists but those are not the majority...in fact, most homeschoolers are not homeschooling for religious reasons. In fact, the majority lies somewhere in the middle...they're just lying low too. Don't waste your time on the extremists but connect with those in the middle....you don't have to be perfectly aligned to benefit from each other.

Categories
How to Homeschool and Uncategorized How to Find Secular Homeschoolers How Does Homeschooling Work 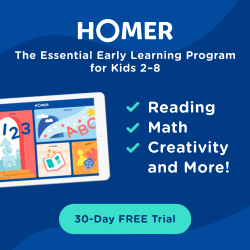